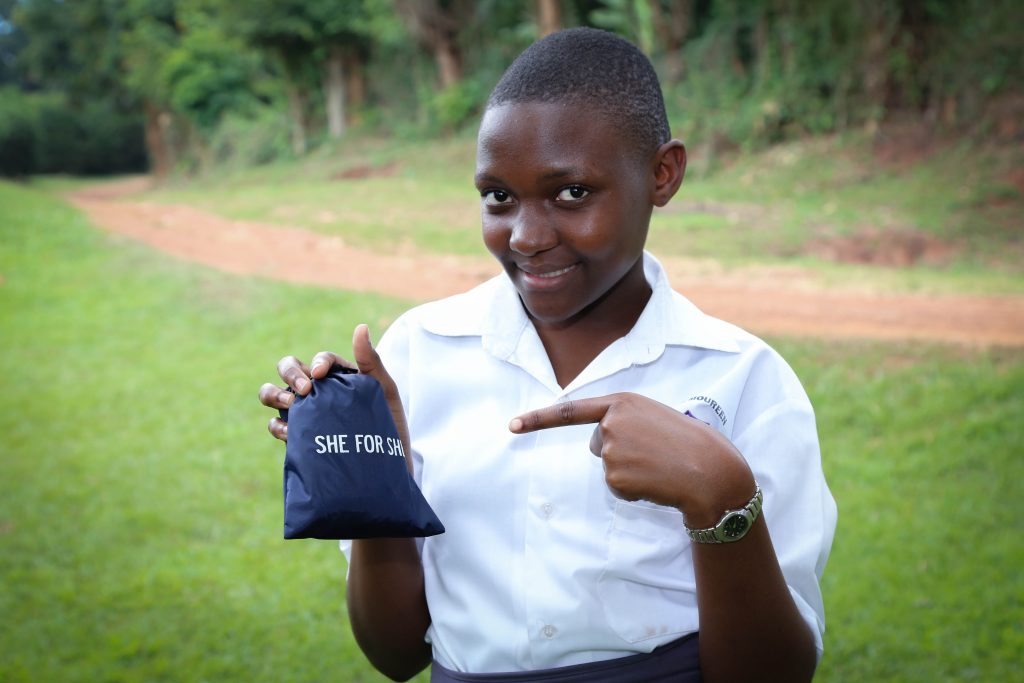 My mother asked me to bear the pain quietly. No one else could know about it, she said.”

When I was seven years old, I saw my aunty throw her menstruation rags into a bowl of clean water, which immediately turned crimson red! I was instantly full of questions.

In general, I was an inquisitive child. Once, I asked my mother why my brother had fuller jeans in front than I did. I cannot remember her exact response, but I know it left me with even more questions on the topic of gender differences. Of course, when I saw my aunty washing her menstruation rags, I asked her the questions that were brewing in me. I was excited to learn that on one special day, I too would see red.

Fast forward to age 10. I was enrolled at an urban all-girls secondary school and menstruation was the trending topic. There were heated debates in the classrooms and dormitories about who we guessed had “started” or not. While unpacking our luggage in the dormitory, the sight of a pack or two of sanitary towels in any girl’s box elicited giggles and excitement.

I secretly envied the few girls who gathered in corners and spoke in hushed tones about their menstrual cramps and the quality of various brands of sanitary products. These circles were sacred and those of us who still awaited the esteemed visitor were automatically banned from the gathering of “women”. The day one of the privileged menstruating girls stained her school skirt, the others shielded her “shame” in solidarity. They preserved her secret as if it was a mission to protect national intelligence.

I had just turned 11 when my first period finally came. During opening prayers at a Christian fellowship center in the neighborhood, I felt pressure in my lower abdomen. This was soon followed by an uncomfortable wetness in my panties. I knew this was it!

I scurried home and went straight into the toilet to check my panties for confirmation and then summoned my mother. The last time I had seen her this joyful was when I clinched the first position in my third year of primary school.

“You are now a woman,” she said to me. She instructed me to take a cool bath and change my underwear. When I came back, she opened a box of old clothing and briskly tore one of her wrappers into several pieces of cloth. Since there were no sanitary towels at home, I had to make do with these rags for a while. They felt uncomfortable and too heavy to hold in my panties. Worse still, the pressure in my lower abdomen quickly became excruciating pain. My mother asked me to bear the pain quietly. No one else could know about it, she said.

On the brighter side, I was a star at home that week. My mother gave me the biggest piece of chicken every day and when my brother asked questions, he was tersely told that I had become a woman.

My brother was not allowed to play with me too much or let any boy come near me. There was a noticeable change in my dad’s attitude towards me. When I eventually overheard him ask my mum in a hushed tone if it was not too early for me to menstruate at 11, my embarrassment knew no bounds.